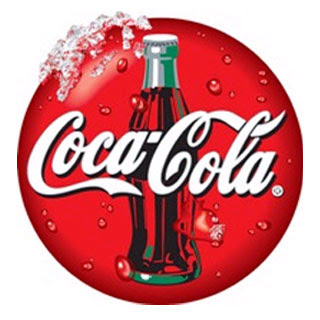 ...is it just me or am I posting more than usual???? And what's up witht he Coca Cola sign? Well, I found a couple of sites that I just had to share. First, I'll tell you the reason. I love to bake but I HATE to cook...okay, let's just say I have a fear of cooking. I actually had a melt down in the car on Sunday cause I couldn't cook. (I was on my bluetooth with Sweetie Man so he had to endure the fallout!). Anyway, then I got home and found out that the Broccoli Cheese Crockpot soup I made, separated...could be why they said to stir it the last hour which I didn't (I took a nap instead). Needless to say, cooking is not one of my specialties and I must admit I am jealous of those of whom (or is that "who"...neither is grammer) it is easy.
To make a long story short, I made Ham BBQ sandwiches doing the Cola and Ketchup thing and in the search for the correct amounts came upon this website 15 Uncommon Uses for Coca Cola which by the way includes the BBQ sauce (1 cup ketchup/1 cup cola). Sorta makes you wonder what the heck we are drinking and eating that can also be used to remove rust???? 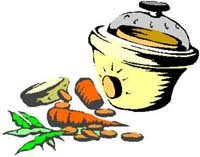 Okay, next site is a double doozy...I love this one sent to me by Kathie, (who I met by the way in person last Saturday along with her daughter....great creative lady!)...anyway, it's a blog about a lady, by the name of Stephanie, who vowed to use her crockpot everyday in 2008 and post the recipes.
A Year of CrockPotting. There are even pictures for people like me who don't know what certain ingredients look like and reviews from her family on the results. I LOVE THIS SITE!!!
It is like "crockpot cooking for dummies"! Today she made candles in the crockpot....don't eat them tho! How cool is that! Thank you again, Kathie, for this terrific site.
Okay, with that, I'm off to dust the crockpots and start cooking....till next time, yinz crazy guys!