A new addition to the family....

Yes, you read that right...another addition to our little family.... 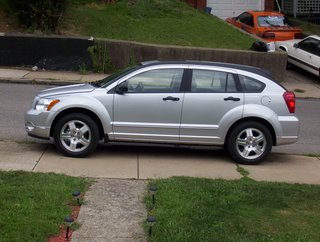 Don't tell me you thought it was ANOTHER puppy???? Nope, I'm crazy but I'm not that crazy...not yet anyway. No, it's our 2007 Dodge Caliber (aka mini SUV). Sweetie Man would have been safer riding a bike to Maryland than what we had before. It was really on its last leg....or should I say, last tire!!! I think a car with 161,000 miles was ready for retirement. He was so excited....it's so cute to watch a man who gets a new car...I got more excitement over that than getting the car. I'm really not a car person, car buyer, or car driver much but it's really nice and really roomy. He was willing to take me just about anywhere I wanted to go this weekend...so you know of course I hit him up with Pat Catan's...the good craft store!
And as promised I wanted to show you some pictures of some goodies that I got on vacation at the ocean. This first one is of some sock yarn (orange and yellow) along with the rose and greenish cotton yarn. I'm using that to make something but I can't show you quite yet. It feels really nice tho. I also got some patterns, a really cool wooden crochet hook (I just liked it) and a kit to learn needle felting. I haven't tried that yet, but I will soon. 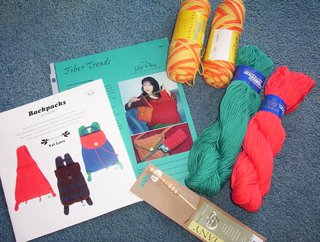 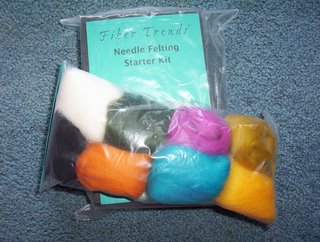 These next little goodies are from Lynn my One Skein Partner. She was really nice and would send me some funny emails about the packages arriving. I love the fingerless gloves she made. I'll wear those in the fall to the high school football games when we go. And I've tried the vanilla strawberry tea that she sent...mmmmm! And I can't forget the great recipes, something for Sweetie Man and me. Thanks, again Lynn. 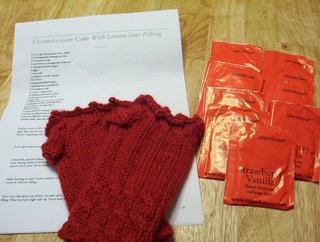 These little goodies I made this past weekend. They are scrubbies from a recent Annie's Attic freebie for the day. I asked the Sweetie Man to give them to a friend of his as she had been so nice to me on my recent visit to Maryland. I just found out today that she went to the hospital over the weekend after breast cancer was found during a recent yearly mammogram. Hopefully it was caught early. So, in your prayers, just say a short one for "Cindy"....Sweetie Man's and my friend. 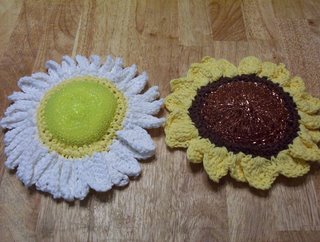 And last, but certainly not least, my first "completed" knitted socks that I sent off for a sock swap partner. They didn't turn out too bad but they are definately for cold weather. They were really soft too...I was surprised. I started another pair in pink for myself. It's a good project on car trips for some reason. 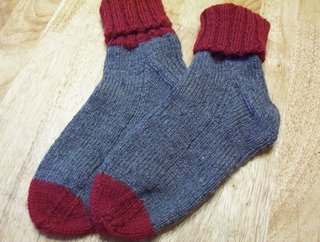 So, that's it for tonight.....I'm gonna head on to the porch for a little yarn activity then some reading and then bed. So, yinz guys, take care and in the words of that great comedian Larry the Cable Guy (with a little twist from Sweetie Man) I'm ending with this famous line...sorta......KNIT-R-DONE!!!