I have so much to show about our wonderful time away in Michigan for our First Wedding Anniversary! I decided to split it up between non-crafts and crafts. First NON!
I'm going a little backwards here but too bad cause this was ONE of the highlights of our weekend. We got to visit Mars Hill Church in Grandville MI. I was honestly like a ten year old at a Hannah Montana Concert. I wanted to go there because one of my favorite Pastors (next to mine own of course) is Pastor Rob Bell the founder of Mars Hill. Well, I really didn't think we would get to see him, but CHECK THIS OUT..... 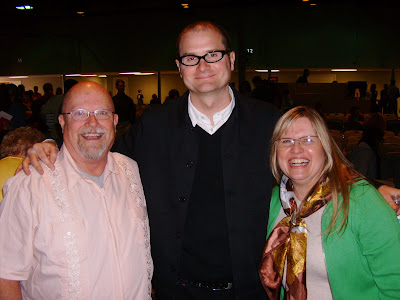 Do I look excited or what?????
For those of you who know who he is....he is as awesome in person as he is a speaker!
He talked with Sweetie Man and I for a few minutes, took a picture with us and even wanted to write a note to my pastor (inside joke on that one!) He's the founder of this HUGE church and has written books, did short films under the NOOMA name and does speaking tours as far away as Africa and New Zealand. We went to one a couple of years ago in Pittsburgh...it was great! Check out the Mars Hill site and download a few of his Sunday sermons (MP3 and I-Tunes). We are still both reeling a little from meeting him! I even asked him for hug and he gladly gave me one! Sweetie Man told him that he, Rob Bell, was my first anniversary gift, which he got a good chuckle out of that!
Okay....back to the beginning. We stayed with my Step-daughter and family and had such an awesome time. They squeezed in so much for us that we can't even begin to thank them.
First was the Meijer Gardens and as you can see in the pics below, there was a butterfly house, beautiful flowers and incredible outside sculptures. We definately want to hit this again in the summer when all is in bloom. 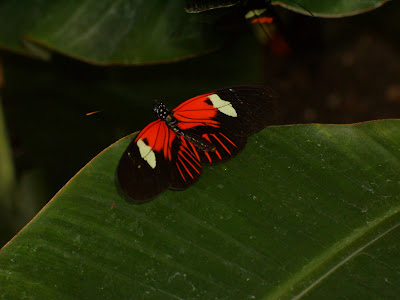 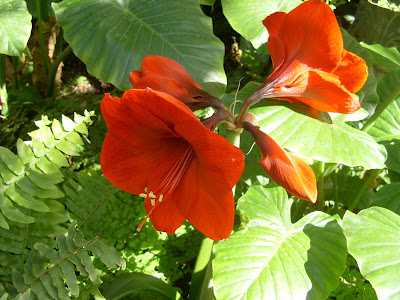 Our wonderful family....the cute little guy is our grandson!!! Always entertaining us!!! 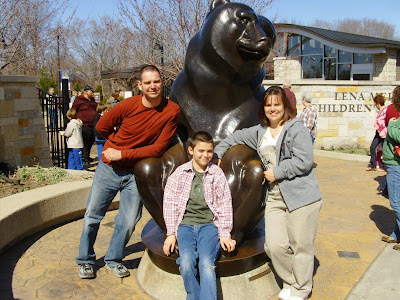 Sweetie Man taking one of a zillion pictures! I'm going to try and add them to our little Michigan picture square on my sidebar as there were quite a few great shots. 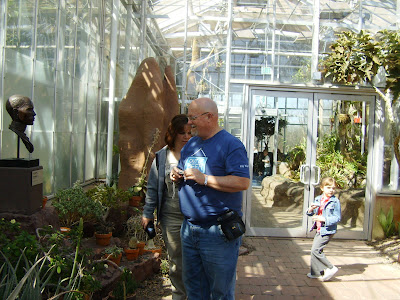 They also took us to the Monaco Bay Restaurant WHERE American Idol's very own Matt Girard plays dueling pianos. He wasn't there of course, but WOW any of those singers could have been a contestant. It was incredible! We even requested a song (At Last) that was played at our wedding and they played it and we danced....so romantic!!! This pic was taken with a cell phone but you can see the back of one of the piano players. 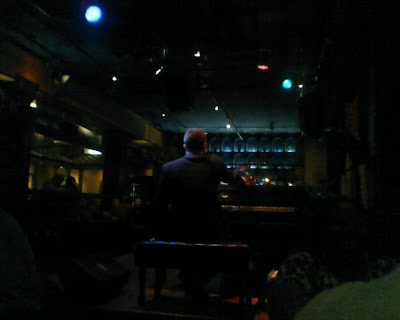 Sweetie Man and I, of course, brought our one year old wedding cake top to Michigan and fed each other a piece.....(go ahead and moan...I know, we're just two crazy kids!) 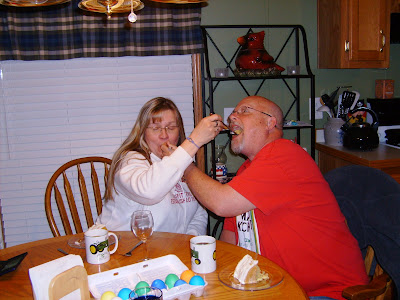 And finally a picture of my "Pregnant" Stepdaughter (just a little belly now) and her hubby cooking us an Easter breakfast before we were off to church. They treated us like Royalty!!!! We had the second best time next to our Honeymoon!!! So much fun and so much laughing!!! 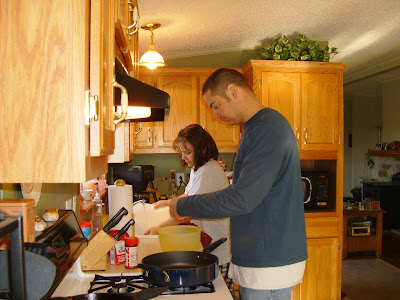 So with all the Non-crafty stuff out of the way....I'll post what I did in the way of crafts in the next few days, so stay tuned!! Till next time, yinz crazy guys.