I'm just feeling so craft crazy and exchanges and swap-bot are definately keeping me busy. Some things I've made I can't show you yet and some things I've just received I haven's taken pics yet...but I will show you what I do have...sound good?
This is from a dishcloth exchange...my partner liked pink and black together so I did a washcloth and one of those dishbottle dresses in those colors. I really liked them and so did my partner. 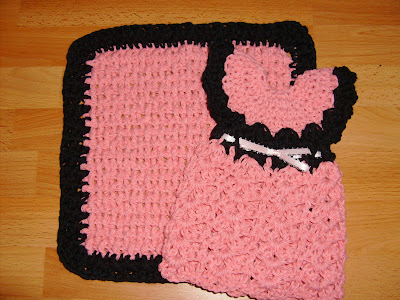 She also likes fantasy things and this is supposed to be a dragon which you cannot see but trust me it's in there. And then I threw in a little knitted scrubby. 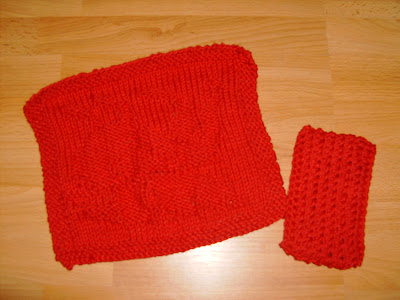 Next, everyone asks about the "children" but I have such a difficult time getting them to stand still for pics. They are soooooooo energetic...unless I came downstairs in the middle of the night and took pics this is what you are going to get. I have a great video that I can't seem to get off the camera onto the computer (it's through a new program which is why) but it's a hilarious one of Eros getting bathed outside! Actually Eros and Sweetie Man and I getting bathed!!!
Anyway, here are the kids for what it's worth...First off is the big boy...Eros Caliente in all his 140 lb glory....what a big baby he is....you should listen to him cry in the morning when he wants me to come downstairs and let him out....definately a gentle GIANT! (that's Chloe off to the side) 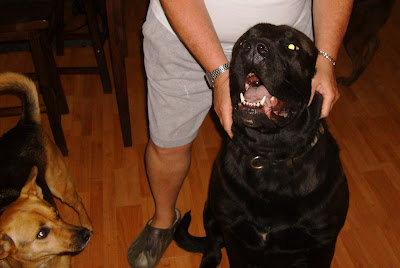 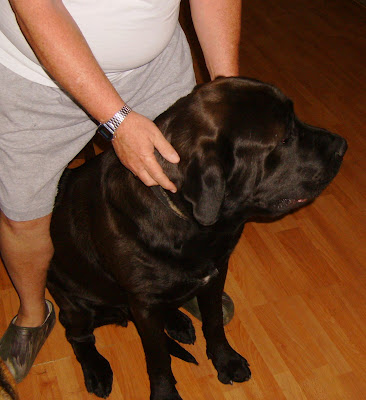 Next is our older gal (and my personal fav) Katie Sue. She's our laser light chaser and resident floor licker! (don't ask!) 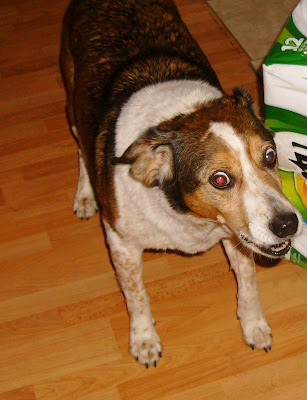 This is my "grand-dog" Reese E Cup. This picture does not do him justice....he's a beautiful chocolate lab and if I had as much energy in my little finger as this dog has...well.....let's just say I wouldn't be counting calories. 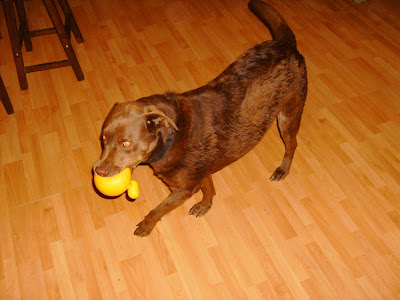 And this is Chloe Nicole....Sneaky Sweet....She's the brains of the group! She's out to get Katie out of the picture and become Alpha Dog! She's also the littlest. She's definately all female in front of you but behind your back.....watch out!!!! My DIL said she already is the ALPHA! 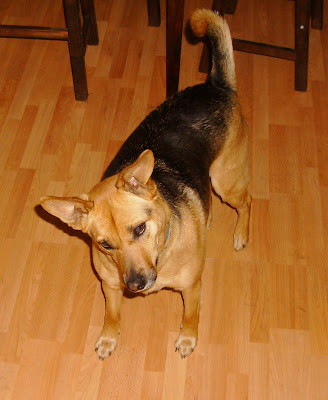 So, that's it for now.....next I'll post some pics of things I received....so stay tuned! Till next time, yinz crazy guys!