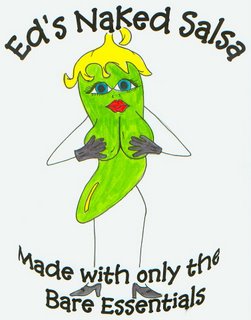 Tell Dennis the yellow is a Cesarean section scar!

The label is terrific!

OMG I love it to flippin funny!! Great label BG!! Glad the boy is doing good.. Hey no need to beat yourself up it could have been worse and nothing done aobut it too..!! Way to go on the label.. She is to cute.

I sooo love that label, it's so funny and funky! Absolutely cool!
And I'm so glad to hear the boy is doing better, all the very best to him!

I can imagine big smiles and laughing, when your friends get the glasses with your labels!

Here is some info. I found on the dog thing...not sure how helpful it is.

Playing or Fighting?
It's often very difficult to tell whether dogs are playing or fighting. In both instances, dogs bark, bite, growl and gnaw on one another. The key to determining whether dogs are playing or fighting is to look at their body language and to listen to the tone of their vocalizations. For example:
Before a fight, dogs usually stare at each other with hackles raised.
Fighting usually results in a lot of growling and yelps (from inflicted injuries).
Playing dogs bark and growl, but the tones are substantially different from fighting vocalizations.
Playing dogs often perform the "play bow."
Playing dogs usually do not bare their teeth—i.e. their lips are not drawn back in a snarl.

lol Great label for the salsa! :)

love your honey's blog! Oh yeah I like yours too. Hehe!

The label is fabulous!! Very clever! You guys are so darn cute!
I don't know that much about dog play but that sounds a little too aggressive. It's probably best to squirt them until you can get a straight answer.

The label is cute, nice drawing there Lucy! What an attractive packaging that makes.
I'm glad your son isnt that sick, its just right to send him to the doctor, better to be sure and not to worry much.